Poetry to the masses - Funny, thought-provoking and entertaining...! 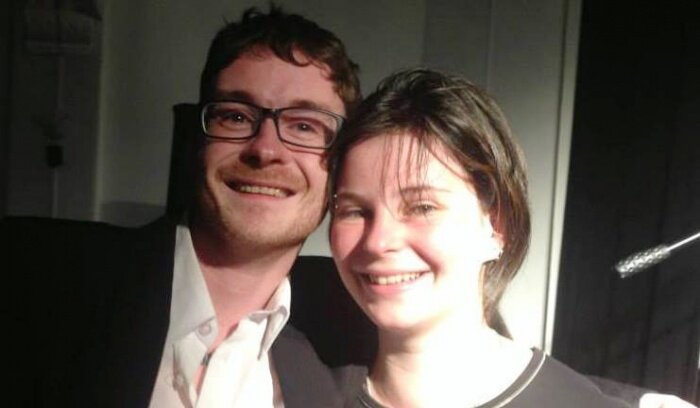 Ella and Kieren
Back in October 2013 we launched our first night, Evidently. We didn’t know what to expect… but it certainly wasn’t this!
Evidently
Evidently's sole aim is to provide poetry as entertainment. We run a fun and engaging night for everyone.
Since our launch in October 2013, we have had a diverse crowd through our doors. From first timers to poetry and performing to well known and established acts.
We have two guests performances at the night, along with limited open mic spots, so there is always a huge variety of entertainment. We also film every night and put it on Youtube, so each performer gets their own little video thrown into the bargain too!
We have been lucky enough to buy a dissertation proposal from both around the UK and from across the Atlantic and are proud to have become a launching pad for many of the North Wests most exciting new voices.
Although it might not always seem like it, HQ run a tight ship and we aim to be finished by 10pm (it is a school night after all).
Word War Slam Series
Alliteration as its finest! This is our regular slam competition. Each month 8 poets battle it out to win £20 and a place in December’s final. Our finalists then compete for a whole host of prizes, including (but not limited to) £200, a guest slot at Evidently, the coveted Word War trophy and much more (oooooohhhhh!)
We run a friendly and inclusive slam, our motto is “the points are not the point, the point is the poetry!”
We’ve had a whole range of different slam styles at our nights, including some poet’s first ever performance (brave souls!) if you are thinking about applying, but maybe a little nervous, drop us a message and we will be happy to talk it over with you!
During the heats we ask members of the audience who are not with poets to judge our slam, marking out of 10 for content, and out of 10 for performance.
Evidently Radio
Back in August 2015 we started our very own radio show on FAB Radio International! Each week we bring in a guest to talk about a host array of subjects from performers rights to what makes a good cup of coffee!
You can tune in live on a Thursday 8pm-9pm or you can listen back on Mixcloud.
Tweet
More in this category: HQ »
back to top
Tweets by @EvidentlyHQ

Evidently... it's our birthday!

Evidently... a thank you